Essential Steps of Putting Out an Electrical Fire 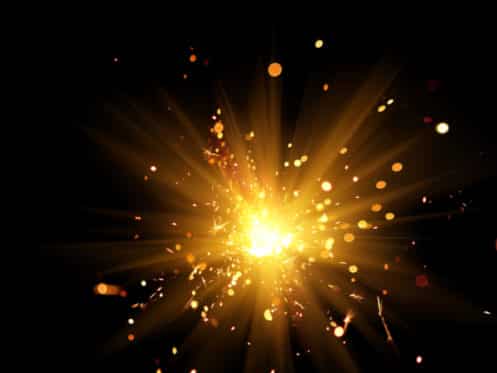 Although electrical fires account for only 6.8% of all home fires, they cause more casualties and inflict more than twice the financial damage of non-electrical fires. They cause over 1,400 injuries, 500 deaths, and $1.3 billion in property damages annually. Some common causes of electrical fires are deterioration, corrosion, and defective wiring, which are usually undetectable by a typical homeowner. Therefore, it is essential to learn what to do in the event of an electrical fire in your home and to have your home inspected regularly. Follow the tips below to extinguish an electrical fire swiftly and safely.

If you can identify the device that’s caused the fire, safely disconnect it immediately. This should inhibit the spread of flames and lessen the risk of secondary electrocution. If the fire has widely spread, cut off the power to the entire property. Access the property’s main switch to turn it off.

Smother the fire with baking soda to avoid the spread of smaller flames throughout the room. Baking soda is sodium bicarbonate and is found in Class C extinguishers. This simple chemical compound will cut off the oxygen supply to the fire. If you use baking soda, make sure you stand at a distance from the fire and throw it at the fire. If you have not unplugged the appliance’s power source, avoid touching it while applying baking soda.

It is a frequent misunderstanding that flour can be substituted for baking soda. However, flour lacks nothing to prevent fire from spreading, apart from occasionally cutting down the oxygen supply. In some instances, it might worsen the situation by releasing smoke.

Other people also recommend using sand. However, while sand may temporarily cut off the oxygen supply, it’s not always available. If you have some on your property, pouring a significant amount on the flames could help with the situation. Though, you’ll have to deal with the huge mess later.

Please remember that this only applies to small fires. For bigger fires, start with steps three and four.

If you have a fire blanket, use it to starve the flames. A fire blanket will prevent oxygen from fueling the fire. If you don’t have a commercial fire blanket, a thick blanket should suffice. However, ensure that it’s not composed of flammable materials, which could exacerbate the fire. Typically, fire blankets are stored in protective packaging. To correctly use it, you must:

One important thing to remember is that after throwing the blanket on the flame, don’t shake it. Shaking could provide oxygen to the flame, further worsening the situation. Also, don’t be quick to remove it unless you’re sure that the fire is extinguished.

Electricity-borne fires fall under Class C. Therefore, make sure to use the appropriate Class C extinguisher. Many home fire extinguishers are, however, multipurpose. These are typically labeled “ABC” and are effective for electrical fires. Nevertheless, before deploying an extinguisher on an electrical fire, verify that it is suitable.

It can be daunting when you encounter a fire. But it would help if you used your extinguisher correctly. For convenience, use the abbreviation PASS:

It is important to note that while using the extinguisher, keep a safe distance between you and the flames. If you get too close, your clothes may catch fire leading to injuries.

If you cannot extinguish the fire using the methods, it is important to notify the fire department before it gets out of control. You need to:

Remember that if you can’t extinguish the electrical fire using procedures one through four, the best course of action is to evacuate the premises and contact emergency services. Also, make sure to close the doors behind you to help with the fire containment. Leaving the doors open supplies the flames with oxygen, worsening the situation.

Have Arc Angel Electric inspect your property to ensure compliance with NEC safety regulations. We will identify any potential electrical problems and advise you on how to reduce fire hazards. We will also provide you with advice about the proper use of electrical outlets. If you don’t have enough electrical outlets in your home, we’ll install new ones.

First, don’t use an extension cord for your air conditioners or space heaters. Most of these cords cannot withstand higher voltages (although some manufacturers claim so). Also, inspect your electrical gadgets frequently for signs of fraying and wear. Avoid using outdated, worn, or frayed electrical equipment. Always ensure that the wattage of your light bulbs matches the lighting fixture’s recommended wattage.

Lastly, avoid using portable heaters except if they have a safety system that automatically turns them off if they topple over. Avoid placing them near flammable objects, and do not run them on overnight. Portable heaters are some of the notorious causes of electrical fires, especially during winters. Always turn yours off before you go to sleep.

Can You Use Water to Douse an Electrical Fire?

You might be tempted to use water to douse the flames when you first see a fire. However, don’t be impulsive. Water is a conductor of electricity, so you shouldn’t use it to put out an electrical fire because you risk being electrocuted. However, if there is no other way to control the fire, you should ensure all electricity is turned off. Without the source of electricity, you can use water to put out the flames. Note that eliminating the prospect of conductivity prevents electrocution.

Which Method Is Best?

During a crisis, it is not easy to think clearly. You must respond swiftly, yet with caution. Remember to always try to turn off the power supply. Then, the best method of extinguishing a fire is to use a Class C extinguisher. You should purchase a couple of them and keep them in locations where you can easily access them. It is always a good idea to keep one in the kitchen area. Remember to always call the fire department for very large fires to keep them from spreading and causing damage to others.