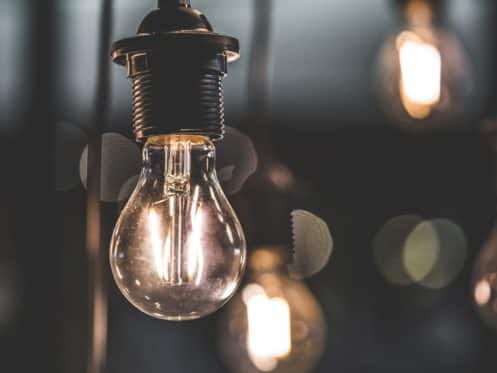 The common causes of breaker tripping include overloading, faulty wiring, and temperature. However, the most common cause is vandalism. In fact, in some cases, vandals will deliberately sabotage breakers so they stay tripped and cannot be used by unsuspecting people. The best way to prevent breakers from being sabotaged is to check them regularly for signs of tampering. If a breaker is tripped, turn it off and then on again before using it. If a breaker continues to be tripped, report this activity to the authorities.

While the reasons for a breaker tripping may vary from one location to another, a common cause is overloading. This occurs when a circuit has too much load for the circuit breaker to handle. When overloading occurs, you’ll notice an amber or orange light on the breaker’s panel. If you see this light, it means that the breaker has gone into tripping mode because there is too much load on the circuit. Another way to tell if there is an overload problem is if the breaker trips when you try to turn something on. For example, if your bathroom lights start going out repeatedly and then they go back on, this could mean that someone has been overloading the circuit.

Another cause of a tripped breaker is faulty wiring. Faulty wiring is the second most common reason for tripping a breaker. This occurs when you have a problem with the wiring in your house. In such cases, you’ll notice that the wires are loose or broken, and black smoke is coming from the box. For example, if you are trying to turn on one of your outlets and it keeps tripping, then this could mean that there is a break in the line. You can call a professional from Arc Angel Electric to repair the problem or use a circuit tester to fix this.

Another cause of tripping a breaker is heat. A heat-related problem occurs when too much load is on the circuit, the fuse blows, and the breaker trips. This occurs when there is a problem with too many appliances using too much electrical energy at once. For example, if you have a fridge and microwave, they heat the house and cause more heat. If this happens, it may cause the breaker to trip because there is too much load on the circuit. And lastly, a temperature-related problem occurs sometimes when temperatures are too high in your home. In this case, some circuit breakers will trip when they sense heat coming from your appliances. For example, if you have your air conditioner on and the breaker trips, this could be caused by too much heat.

Another common reason for a tripped breaker is vandalism. Vandalism occurs when someone deliberately destroys something. Vandalism can take many forms, including damaging or destroying equipment (i.e., motors, circuit breakers, etc.). It can also be intentional pranks (i.e., pulling the fire alarm). Vandalism can also be violent (i.e., shooting at someone or breaking into a house).

Vandals have found a way to deactivate a lot of breaker boxes. They lock out the circuit breakers by stealing the keys and locking out the building. They have found that they can usually get the main control box to lock the circuit breakers, so homeowners are not able to use them. There are different ways that they do this. One way is to cut the main wire to the control box. Some of them pull up their pants, tuck the control box in their armpit, place a small screwdriver there, and pull that out.

Other times, they’ll fill a plastic bag with rocks and put it at the bottom of it so they can get down there without getting hurt. Then they’ll get down there and sit on the breakers and let them trip. Then, they’ll pull up their pants, take the control box out of their armpit, remove that screwdriver and watch the breaker lights to see if they trip. If they do, they pull it out of there and do what they wanted to in that room before without tripping anything else. Sometimes it will also deactivate another breaker in the other room, so-called “crossover breakers.”

Another way a breaker may trip is because of sudden temperature changes. For example, if you have temperatures that fluctuate too frequently, it can create problems with the wiring system. The circuit breaker could trip if a fuse blows or the wires get too hot because they are exposed to heat. Another common way this happens is when there is extra strain on the wiring system, and it heats up in one area and cools down in another. This causes a gap in the wiring which can cause the breaker to trip.

Overheating occurs when there are too many appliances in a pre-set space. If your bathroom has an exhaust fan and a heater for the hot water supply pipe, these things can create excess heat. Excess heat will cause the breaker to trip. So the breaker trips to protect the electrical system from getting burned up. If a breaker trips, turn off any electrical appliances, not in use. Then turn the breaker back on.

The most common type of circuit breaker is single-pole breakers, which are often used to protect low voltage and lower current devices in houses. The two common designs are the three-phase load center and the two-pole double throw. They are typically found in medium-sized residential installations where many loads are connected per circuit or where large equipment is used, such as air conditioners or washing machines.

A single-pole breaker is used to control the current going to a device. A “pole” connects the live wire and the neutral wire. The single-pole breakers can be used in various ways, including as combination switches and circuit breakers for light fixtures and appliances or for controlling two lights on one switch or two receptacles on one outlet.

The two-pole double-throw circuit breaker is designed primarily for use in large commercial, industrial, and residential installations. In its simplest form, this type of breaker protects devices from overcurrent. The circuit breaker consists of two switches and a single terminal screw. The switches are placed in two positions, either open or closed. If the circuit breaker is closed, no current can flow through the circuit, which means there is zero voltage drop across the circuit. The terminals on these types of breakers are typically marked as “N,” “L,” and “Earth.” The “N” stands for neutral, the center contact of a three-wire electrical service. The “L” stands for line, which is one of the two wires in a two-wire electrical service. The Earth terminal is the metal enclosure.