How Common Electrical Missteps Can Damage Your Appliances 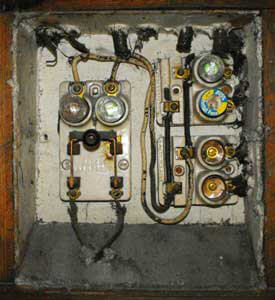 Appliances have been integral to American home life for many decades, and the average home now has more electrical devices than ever before. We use them to make beverages, preserve and cook food, clean our homes and clothes, entertain us, and much more. These machines are investments, and while we do not expect them to last forever, we do expect strong value out of each purchase. Yet many homeowners are causing appliances to fail faster through some common poor practices.

Not Adhering to Electrical Safety Guidelines

“Read the manual” is such common advice that it has become a television trope and an internet meme. Still, most of us are guilty at one point or another of unboxing a new appliance and using it without actually reading the information from the manufacturer about how to use it. Most people assume that they know how to use their new appliance, but each appliance model is unique. There is no one set of best practices that will apply to all of them, and you should at least take the time to check the electrical safety guidelines section.

Electrical appliances generate heat. That heat must be exhausted actively or passively. If ventilation is inadequate, the device operates at a higher-than-ideal temperature, and over continued use, that will shorten the lifespan of the appliance. While it can be tough to find the necessary counter space to fit all of your appliances, overcrowding them is a mistake that not only causes appliance wear and tear but can actually lead to fires in the most extreme cases.

Many appliances passively draw electricity even when they are not in use if plugged in, and this is becoming an even more notable issue as more appliances connect to the internet. In fact, it is estimated that 25% of the average U.S. electric bill is from devices in passive standby mode. Such draw not only wastes electricity and your money but does add to wear and tear on devices. It is advisable to plan your space around the appliances that are must-haves and that you use the most. You can also dedicate space for appliances that are stored until they are actually needed.

Cheap surge protectors are often nothing more than mislabeled power strips. The warranty that comes with a surge protector is often a good barometer of how effective it is. A good surge protector will actually stop functioning when the protector mechanism has failed. The most troubling aspect of cheap protectors is that they often continue to function and thus give you a false sense of protection.

Overloading power strips is perhaps the most common electrical mistake made in homes. An outlet is only designed to handle so much load. This is also true of power strips. Just because a strip provides six or a dozen ports does not mean that your electrical system can suddenly handle that many appliances running at the same time. This can lead to a fire. It can also lead to outlet or strip failure that can damage the appliances that are connected to it.

Daisy-chaining is not necessarily dangerous, but it is generally a practice best avoided Doing so adds even more connections that could overload the system. It also increases the likelihood of a faulty connection, which can lead to a fire or damage your appliances.

Linking extension cords is also dangerous. Extension cords should only be used as a temporary solution. There are some downsides to using them, such as the fault occurring far from the source. Such issues are exacerbated when chaining extension cords. Fires are an obvious hazard. Linking can also cause wear to the cords, which can then lead to power irregularities that damage appliances.

This is another mistake that many people make in their homes. There is a caveat in that these adapters are not intrinsically bad, but many people use them in a manner that is. If an electrical appliance requires a ground and is not grounded, you increase the chances for damage to the circuitry. A three-prong adapter can be grounded, and most have a metal tab for precisely this purpose. However, most people do not attach them appropriately and rather just plug them into a socket and use them.

You should never draw power from an outlet that has visible defects or from an outlet that causes odd behavior in appliances, such as intermittent powering off and on again or breaking a circuit when the appliance works fine elsewhere. Avoid using that connection until you can have an electrician inspect and repair it. Faulty outlets are fire and shock hazards. They can also lead to electrical irregularities that can cause wear and tear and even damage your appliances more severely. While it may be possible to use an extension cord or adapter to make an outlet seem to work well, you are just masking the underlying issues, and the damage potential still exists.

Continue to Use an Appliance That Trips a Circuit Breaker

Avoid continuing to use an appliance that is prone to trip a breaker even if the issue is isolated to a specific outlet. Schedule an appointment with an electrician, and explain the circumstances that cause the trip. It may just be a faulty hairdryer or other appliance, but it could also be a more serious wiring problem. Better to correct it now when the problem is limited to an inconvenience.

Your Local Electrical Company in Georgia and South Carolina

Arc Angel Electric is a full-service electrical company established in 2001. Our service areas include Cumming, GA, and Bluffton, SC, as well as the surrounding areas. If you have issues with your home appliances, we can perform a comprehensive assessment and provide you with professional guidance on what to do next. Our company also provides a wide range of installation, upgrade, and maintenance services, and these extend to electrical panels, indoor lighting, smart home equipment, EV chargers, hot tub circuitry, and surge protection. Call us today or contact us online to learn more about our services or to schedule a service appointment or on-site consultation.