Everything You Need to Know About Amps and Watts 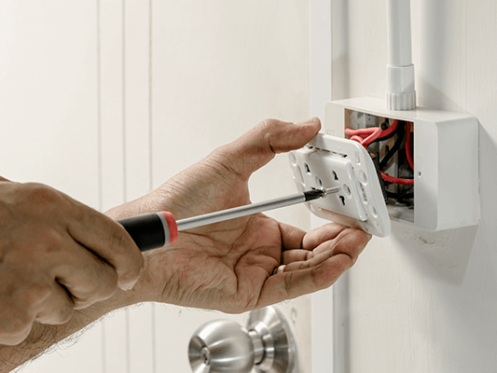 It is hard to imagine a world without electricity. This invisible force powers our homes, schools, and workplaces. But where did this power come from? And who invented it? Amperes can be traced back to the early 19th century. In 1820, Danish physicist Hans Christian Oersted discovered that electric current could create a magnetic field. This discovery led other scientists to experiment with electricity and magnetism. Soon, they realized that these two forces could be used to power machines and devices.

In 1831, English scientist Michael Faraday discovered that electricity could be generated by moving a magnet through a coil of wire. This discovery paved the way for the development of electric generators and motors. In 1873, Scottish physicist James Clerk Maxwell published a paper that described the relationship between electricity and magnetism. This paper helped scientists understand how these two forces worked together. In 1879, American inventor Thomas Edison developed the first practical electric light bulb. This invention made it possible to use electricity to light homes and businesses.

Today, electricity is an essential part of our lives. Since its invention, amperes and watts have been the common terms used to describe different electricity elements.

The amps measurement is a calculation that is used to determine the strength of an electric current. This calculation is important in many different industries, including electrical engineering and automotive design. But who discovered this measurement? And when did they discover it?

The first person to discover the amps measurement was Italian physicist Alessandro Volta. In 1801, Volta discovered that when two metal plates are placed in a conducting solution, an electric current is produced. This discovery led to the development of the first electric batteries.

Today, amps measurement is used in a variety of different industries. It is a crucial calculation in electrical engineering and is also used in the automotive industry. It all started with the work of two scientists who were curious about the world around them. Thanks to their discoveries, we now have a better understanding of electricity and how it works.

Watt is a unit of power that is used to measure the rate of energy conversion. The watt is named after James Watt, who was a Scottish engineer and inventor. He is best known for his work on the steam engine. In 1782, he designed a new type of steam engine that was more efficient than the existing models. This new engine became very popular and was used in many industries.

Watt’s invention made him a wealthy man, and he became known as one of the most respected engineers of his time. He was knighted by King George III in 1884. In 1882, William Siemens, a German engineer, developed a unit of electrical measurement called the Siemens. This unit was later renamed the watt in honor of James Watt.

Differences Between Amps and Watts

Do you know the difference between watts and amps? Most people don’t, but it’s an important distinction to make when it comes to electrical power.

To calculate amps, you need to know the voltage and the resistance. The formula for amps is I = V/R, where I is amps, V is volts, and R is resistance. For example, if you have a 120-volt circuit with a resistance of 12 ohms, then the current would be 120/12, or 12 amps.

Whether you are trying to figure out how much power you need for a new appliance or trying to diagnose why your lights were flickering, you need to know about amps and watts. Do you need a special device to measure amps and watts? The answer is no. You can use a multimeter to measure both of these values.

Watts are a bit more complicated to measure. To calculate watts, you need to know the voltage and the amps. Once you have those numbers, just plug them into this formula: watts = volts x amps. However, you can set your multimeter to the “voltage” setting and connect the leads to the circuit. Once you have done this, you can take a reading of amps or watts by simply reading the value on the multimeter’s display.

Amps and watts are both units of measurement that indicate the amount of power flowing through an electrical circuit. Amps measure the current, or flow rate, of electrons, and watts measure the total amount of energy being used.

In most cases, amps and watts are used interchangeably, but there are some situations where one is more appropriate than the other. For example, when troubleshooting an electrical problem, amps are usually more helpful because they can pinpoint where the issue is located. On the other hand, watts are often used when calculating the cost of running an appliance or piece of equipment.

By now you know how to measure amps and watts, put your new knowledge to use! Check the wattage of your appliances, and make sure they are not overloading your circuits. If you ever have any electrical problems, be sure to consult a professional to avoid further complications. Get in touch with, Arc Angel Electric in Georgia to enjoy our exclusive services, including surge protection, generator installation, Ev charging, smart home automation, and indoor lighting. Give us a call!